Home
About
Programs
More than MusicSupportContact

"At a moment when America’s performing arts institutions are challenged not merely to continue to function, but to function in new ways, PCE undertakes a series of films linked to zoom chats – “PostClassical: More than Music” — exploring the role of music in society.

This initiative comes easily to us, as our programming typically focuses on music as an instrument for mutual understanding and human betterment.

We began our new “More than Music” films with Deep River: The Art of the Spiritual, in which we were joined by PCE Resident Artist Kevin Deas.Future programs in this series will include “Dvorak and America,” for which we will be partnered by Howard University.  The topics at hand are “What is the role of culture in a nation’s life?” and “Who is an American?”We look forward to seeing you again. In the meantime, please be well." 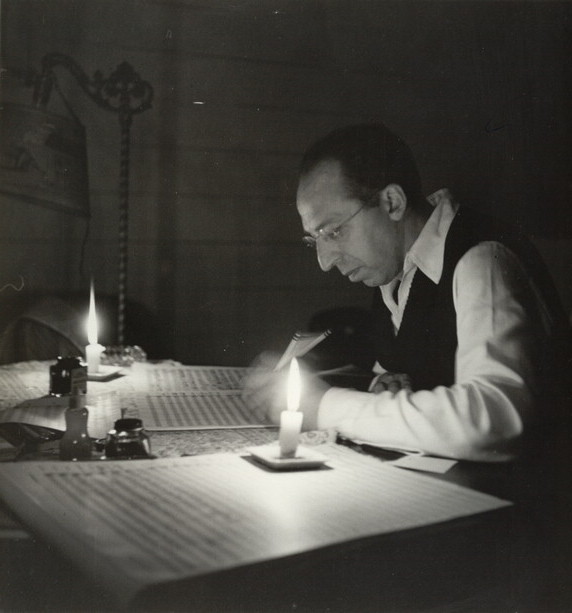 PCE’s latest More than Music film is a singular consideration of Aaron Copland’s odyssey as the most famous American composer of his generation – in particular, his immersion in the political left in the 1930s, and his “Red scare” ordeal of the 1950s. The film includes Copland’s recollections of addressing a Communist picnic in Minnesota, and a re-enactment of his 1953 interrogation by Senator Joseph McCarthy and Roy Cohn (with Edward Gero playing McCarthy). PCE’s DVD of “The City” (1939), with Copland’s most remarkable film score, is centrally featured. Historians Michael Kazin and Joseph McCartin consider Copland’s fate in the larger context of American populism – a volatile factor that seemingly looms ever larger in our national experience.

Beyond Psycho – The Musical Genius of Bernard Herrmann

A related blog by Joe: “Dvorak and the American Experience of Race – An Antidote to ‘Checkbox Diversity'”

A related blog by Joe: “The Artist and the State”

FDR’s New Deal and the Arts: The Plow that Broke the Plains and The River — What can they teach us today?

A related blog by Joe: “The New Deal, the Arts, and Race”

A related blog by Joe: “Porgy Takes a Knee: Porgy and Bess and the American Experience of Race”

“Shostakovich and the State” with Solomon Volkov

A related blog by Joe: “Why Did Shostakovich Join the Party?”

“Deep River: The Art of the Spiritual” with Kevin Deas

A related blog by Joe: “Harry Burleigh and ‘Cultural Appropriation'”